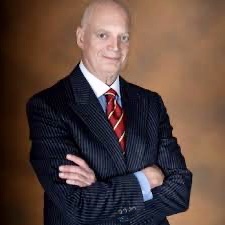 On August 3, 2022 H.R. 6482 – Camp Lejeune Justice Act of 2022 was signed into law. Prior to its passage Marine Corps veterans and their families were unable to file claims for their exposure to highly contaminated water at Camp Lejeune. Prior claims were dismissed or barred based upon the statute of limitations, known as immunity limitations. Congress now allows claims for exposure to the contaminated water and the government may not assert any immunity defense. However, these claims must be filed within two years.

The Camp Lejeune Justice Act of 2022 provides for a Federal Cause of Action relating to water at Camp Lejeune.

A. Who May File a Claim.

An individual, including a veteran, who resided, worked, or was otherwise exposed (including in utero exposure) for not less than 30 days during the period beginning on August 1, 1953, and ending on December 31, 1987, to water at Camp Lejeune, North Carolina, that was supplied by, or on behalf of the United States may bring an action in the United States District Court for the Eastern District of North Carolina to obtain appropriate relief for harm that was caused by exposure to water at Camp Lejeune.

The means that any veteran, family member, including an unborn child at the time, may bring a claim for compensation if they were exposed to the water for a period of thirty or more days.

B. How Do You Prove Your Claim.

(i) sufficient to conclude that a causal relationship exists; or

(ii) sufficient to conclude that a causal relationship is at least as likely as not.

Working with your lawyer, you will gather evidence to substantiate that you were stationed or lived at Camp Lejeune between 1953 to 1987, and that your illness or injury is likely, or more probably than not, the result of exposure to the contaminated water.

We will help you to locate evidence, like your DD-214 which will show when you were stationed at Camp Lejeune, or other documents.

Camp Lejeune water was contaminated with volatile organic compounds (VOCs), namely trichloroethylene (TCE) and perchloroethylene (PCE). The contaminants got into the water supply from a dry cleaner off base, as well as leaks and spills on base.

Therefore, if you lived at Camp Lejeune between 1953 to 1987 and suffere any of these illnesses you have a claim for compensation.

We, at the Law Office of George T. Baxter, will collect your relevant medical records, together with you DD-214, and other documents, as proof of your claim for compensation.

C. How Long Do I Have To File My Claim Under the Camp Lejeune Justice Act of 2022.

The Camp Lejeune Justice Act of 2022 provides that your claim must be filed within two years from it passage, and may not be filed after that.

This means that since the act was signed into law on August 3, 2022, then your claim must be filed before that date.

The Camp Lejeune Justice Act also provides that your claim may be filed within 180 days after the date on which the claim is denied under section 2675 of title 28, United States Code.

I recommend that you discuss these time limitations on filing your claim immediately with a Camp Lejeune Water Contamination lawyer or call my office for a free consultation about your rights.

D. Disposition By A Federal Agency Required as a Prerequisite.

The Camp Lejeune Contaminated Water Act of 2022, section (g), provides that an individual may not bring an action under this section before complying with section 2675 of title 28, United States Code.

It means that before you may file a lawsuit in United States District Court for the Eastern District of North Carolina, you must file a claim with the government and give them the opportunity to settle the claim. If government does not settle your claim, then you may file your lawsuit in court. This is a complicated area of law in filing with the federal agency, negotiating a settlement, and then filing a lawsuit. This is where you should consult with a Camp Lejeune Contaminated Water attorney for legal advice.

This article is not intended to be a complete guide on filing any one particular claim. All claims will differ in the dates of exposure, illnesses and needed evidence to establish the claim in a timely manner.

The take away is, that if you lived or were stationed at Camp Lejeune between August 1, 1953 and December 31, 1987, then you were probably exposed to trichloroethylene (TCE) and perchloroethylene (PCE), which causes illnesses. You need to speak with a Camp Lejeune Contaminated Water attorney like our firm.

For more than 30 years, The Law Office of George T. Baxter has been helping seriously injured clients win their cases and get their lives back on track. We take pride in our three decades of winning cases. There is no charge for a personal injury consultation and no legal fee unless we win your case.